While the political conversations will undoubtedly get heated as U.S. midterm elections draw near, it’s important for investors to remember that no matter which way the political pendulum swings, your investment strategy should not be swayed by your political leanings.

According to research published by the Pew Research Center, there isn’t a causal relationship between the political party in office and the stock market when considering its performance over past election cycles.

Consumer confidence might be a better indicator of stock market performance 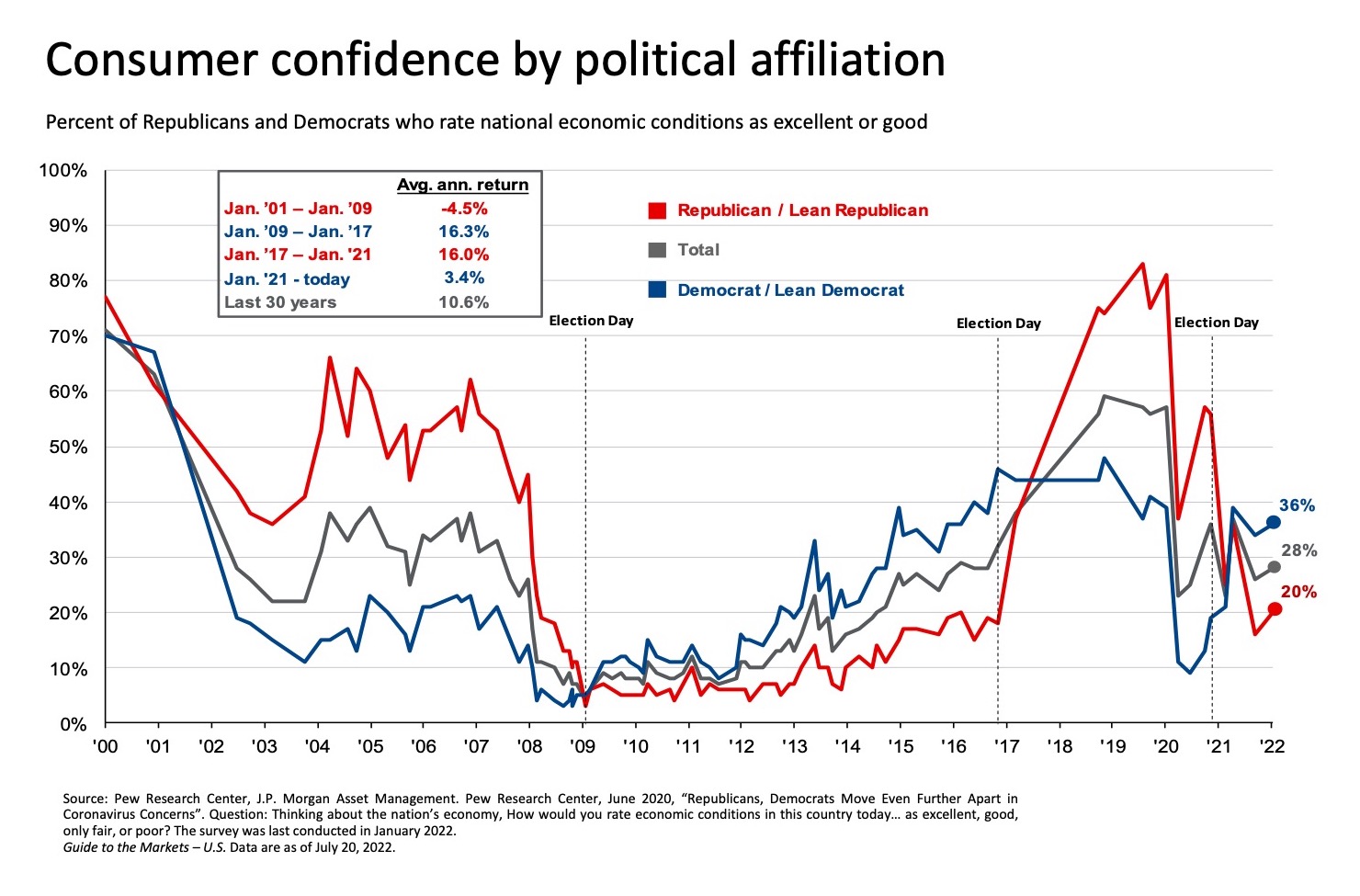 Look toward long-term goals and consumer confidence, not political party

When considering the election cycles of the past 30 years, the stock market has averaged an annual return of 10%, despite various administration and party changes. We advise to stick to your long-term financial goals regardless of the political party in office as that will likely yield a better outcome than focusing on political preference. If you have concerns about how an administration change may affect your portfolio, please contact us so that we can discuss and review with you.

The Team at Chatterton & Associates

Although the information has been gathered from sources believed to be reliable, it cannot be guaranteed. Federal tax laws are complex and subject to change. This information is not intended to be a substitute for specific individualized tax or legal advice. Neither Royal Alliance Associates, Inc nor its representatives provide tax or legal advice. As with all matters of a tax or legal nature, you should consult with your tax or legal counsel for advice.

Check the background of this firm/advisor on FINRA’s BrokerCheck.